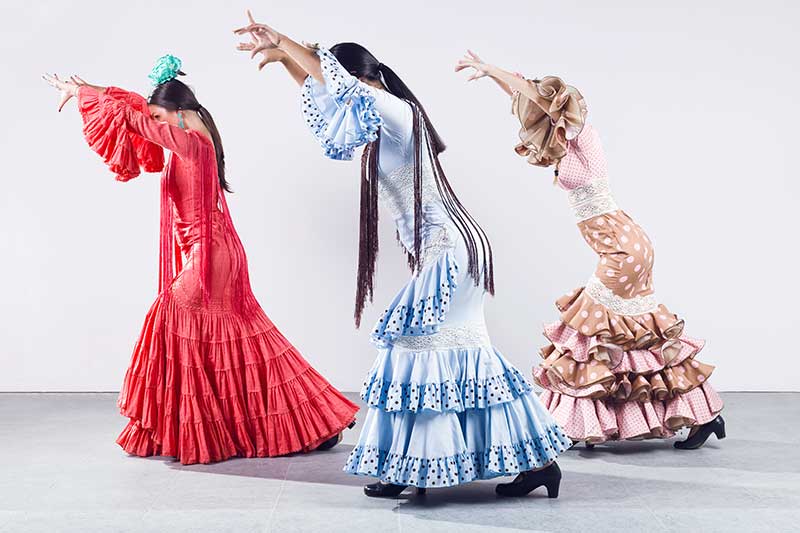 Few traditional outfits are as recognizable as the flamenco dress. It’s one of the hallmarks of Andalusian culture around the world, one which perfectly reflects the vibrant atmosphere that is so characteristic of its traditional festivals. Year after year, these lively events gain new fans who await their arrival in anticipation of the celebration and jubilation to come. And, although it isn’t immune to changing trends, the flamenco dress doesn’t forget its origins. It fiercely preserves the characteristics that make it so unique.

Also known as the gypsy dress, the Sevillian dress, or the guitarist’s outfit, the flamenco dress, as we know it today, appears to have originated in Seville. Curiously, though, terracotta and ivory figurines of the Minoan civilization depict women dressed in long frilly skirts with tight bodices. Nevertheless, it wasn’t until the nineteenth century that this traditional outfit became mainstream.

The gypsies and rural women of Andalusia initially used it as a work uniform and an outfit to wear at livestock fairs. Eventually, the frills, embroidery, colors, and fabrics that so beautifully enhanced their bodies ended up attracting the attention of wealthy women who took the dress to a more ornate end.

However, it wouldn’t be until 1929, when it became the official costume to attend the universal exhibition, that the dress achieved widespread fame and became a hallmark of Spanish culture throughout the world. Furthermore, during the Ibero-American Exhibition of the same year, the flamenco dress also received official recognition, with high-society women wearing it for the first time in such an important event.

Thus, little by little, its prominence would gradually expand beyond our borders. It would adapt to current trends over the years, both in its details and in its style. However, the present-day flamenco dress continues to retain certain common characteristics of the original. Nowadays, we can find flamenco dresses in a wide range of styles, with different cuts, with or without sleeves, with traditional polka dots, or even with stripes. And it isn’t only used in the fairs of Seville or Malaga, but it’s also the most traditional outfit to take on a pilgrimage. We can even find it at special events such as fashion shows and beauty pageants.

Thus, a thriving industry has developed around the dress, of which prices can range between €100 to €1,000 or even more. Made to measure outfits with haute couture techniques and fine fabrics command the highest prices. Of course, we mustn’t forget the accessories that complement the flamenco look, such as the manila shawl, heels, hair clips, brooches, earrings, necklaces, and bracelets. 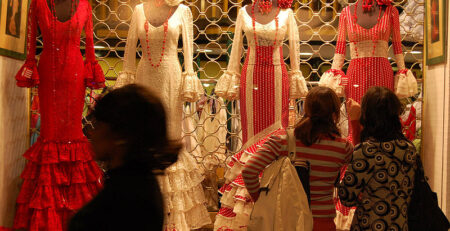 How much does a flamenco dress cost? 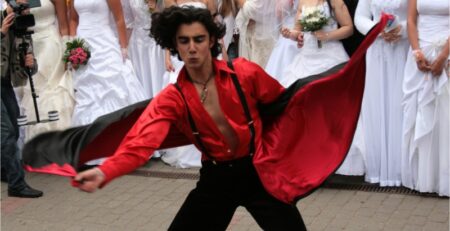